Pakistan's Judiciary is still on the go...

If you ask any Pakistani on the street if he is sure or confidant he can get justice in Pakistan, one can safely say few shall say yes. Some ten years i the office Pakistan's smartest judge is now confidant he can take on anyone... anyone. Two-in-one Pervez Musharraf or ... may be Asif Ali Zardari and Ashfaq Pervaiz Kiyani, one-by-one. But perhaps recent elections in Pakistan's Bar council of Supreme Court has vindicated when the lawyer community supporting the Justice Chaudhry lost miserably second time in succession. So what that means? All those who really understand the law are not happy with him or at least the ways. We wasted years in the case for asking the federal government to write a letter to Swiss courts asking to reopen the cases on the incumbent President. 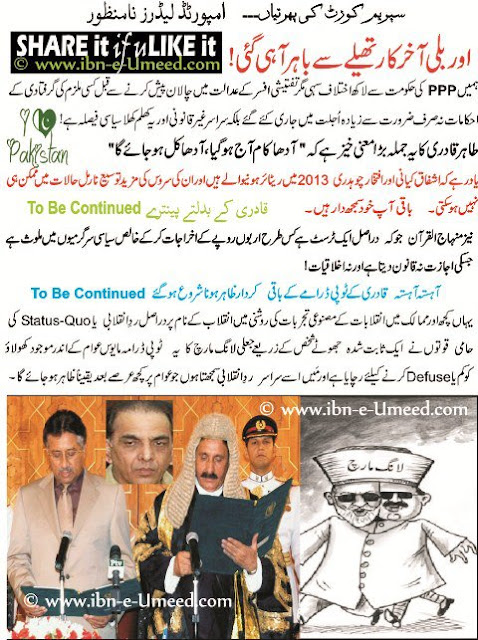 What we got? Every citizen is asking? Had the Supreme Court made half of the effort in settling the cases of lesser political relevance people of Pakistan would have really felt a change. Only recently the Chief Justice forced the government to reduce prices of gas for the car owners only increase the consumption for the transport and today there is a sever shortage of gas in Pakistan for domestic use directly affecting poor people.